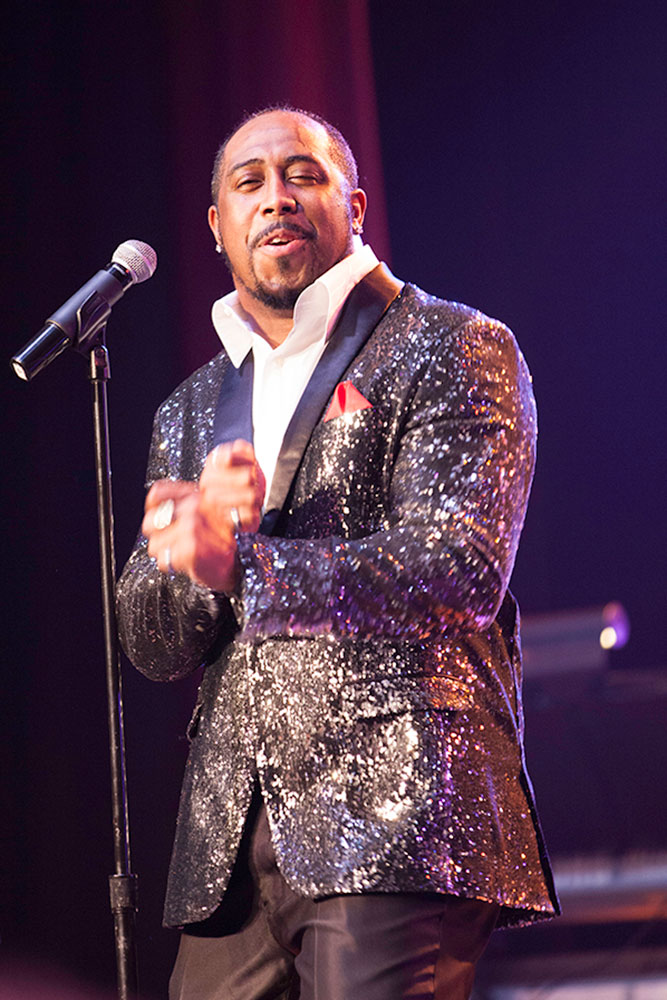 Jeron Lovings II was born in Oklahoma City and began singing at the tender age of 3 in his family’s church in Arbeka, Oklahoma.  His father, a minister, didn’t allow for much music in the home other than gospel; the only exception being Sam Cooke, the gospel singer turned soulful pop crooner.  Understandably Jeron sang gospel for most of his early life.  With that gospel foundation he began to explore other musical genres, starting with Soul and R & B.

His natural curiosity and desire to learn more about the roots of what he was listening to and singing caused him to delve even deeper to gain more of an understanding of his new found love of music.   A lifelong athlete, Jeron was on a track to becoming a professional football player, when an injury tragically halted that dream.  He quickly regrouped to figure out what direction his life and career path might take.  Although Jeron never thought of making a career out of singing, his brother recognized his talent and suggested that he try his hand at singing for a living.

Not one to let grass grow under his feet, Jeron utilized his singing/songwriting skills and power of persuasion to interest a management company in signing him.  He collaborated with other musicians to compile an original album and began a nationwide tour to promote it.  This experience and touring from the east coast to the west coast positioned him to venture to the Las Vegas scene to make connections and continue broadening his singing career options.  He held on to his originals projects for future opportunities.

Lovings went out for every audition he could and soon landed a position with a production company that provided cruise ships with  entertainment. This gave Jeron the opportunity to sing everything from Pop and Opera to Motown and Broadway as he and his fellow performers were responsible for co-producing many of the shows in which they performed, traveling the globe for two years.  His athletic footwork training also came in handy, providing a solid foundation to quickly advance his dancing skills while his years of memorizing plays for the gridiron enabled him to quickly learn and retain choreography.

At the end of several consecutive contracts Jeron settled in Las Vegas to once again make new contacts and propel him to the next phase of his career.  He found opportunities with some of Vegas' top Soul and R & B vocal groups.  He worked gigs with a long-established Platters tribute group as well as several of Vegas' hottest R & B acts, eventually landing with Spectrum.  When not on or off the road with Spectrum, Jeron is a singing gondolier on the canals of Las Vegas' Venetian Hotel and still finds time to substitute in several other shows along the Vegas Strip.  His ultimate goal is to reach as many ears and hearts as possible through song, spreading peace and love along the way.